Sleep paralysis or the demon on my bed 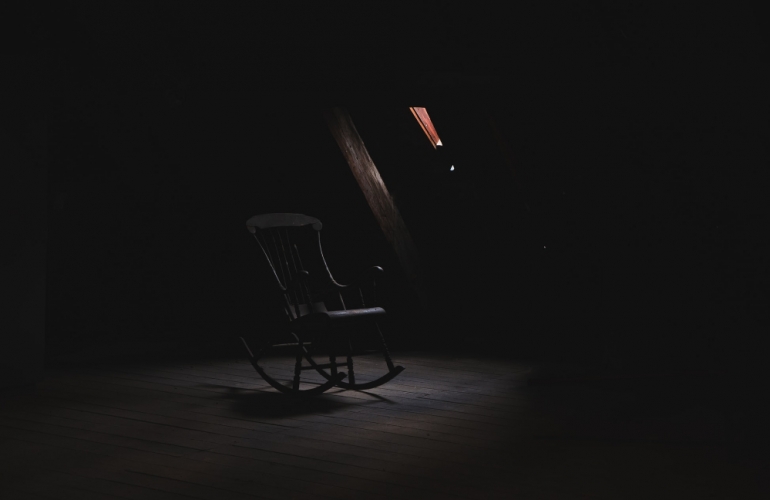 The summer of 1980 was an exciting time for me; I had turned sixteen, left school and had moved away from home, I was working and living on a Smallholding in Wales.

The house we lived in was old and large; it was situated deep within an expansive forest and was surrounded by pristine Monmouthshire countryside. The house could only be accessed via a steep twisting track, and then preferably in a four-wheel drive vehicle.

My room was essentially a large dormitory; it contained basic furniture and six stark looking iron bunk beds. I chose a bunk next to the door and used the top bunk as my wardrobe. The room had a single window that over looked the dense woods below. At night, when the lights were off, it was dark, very dark.

One of those dark night nights I was woken from my sleep by the dormitory door popping open, I felt a slight breeze on the left side of my face and then heard a male voice whispering something incomprehensible directly into my left ear.

I remember feeling that 'the presence' was somehow evil and it was only here to do me harm. All of a sudden there was a weight on my feet; it felt like something the size of dog. I froze, I could not move.

The weight shifted, and moved very slowly up my body until it was sitting directly on my chest, I tried to scream or make some kind of noise, but found I had no voice.

Suddenly the presence was gone and I could move freely again, I jumped from my bunk and switched on every light in the room. I looked under the bed and searched every nook and cranny but nothing could be found. I propped an old chair against the door and went back to my bunk. I don't think I slept much that night.

The morning was bright and fresh, the previous nights terrors seemed surreal and hazy, and as the day wore on I put the whole thing down to an extremely vivid nightmare.

Then, just the other day, my attention was drawn to a particular Tweet The person tweeted that they had just experienced Sleep Paralysis; helpfully they had included a link to a Wikipedia article.

Sleep paralysis is a phenomenon in which people, either when falling asleep or wakening, temporarily experience an inability to move. It is a transition state between wakefulness and rest characterized by complete muscle atonia (muscle weakness). It can occur at sleep onset or upon awakening, and it is often associated with terrifying visions, such as an intruder in the room, to which one is unable to react due to paralysis.

Suddenly, it all made sense, it hadn't been a nightmare or a strange visitation after all, I had experienced the terrifying phenomenon called Sleep Paralysis.

I am inside an Italian hotel bar, I am alone. The room is long and narrow, it has a minimal brutalist style with smooth grey concrete walls.

The Warehouse: an anxiety nightmare?

I am inside a vast, cavernous, brightly lit warehouse, I am standing on-top of a large wooden box. The box I stand on is stacked upon other boxes.

A Bird in the Bar

A Bird in the Bar - A photomontage.

This is an easy but slightly time consuming side dish. Works great with Salmon and Roast Potatoes.

First the cold breeze on my face and then the nonsensical whispering in my ear.

Psithurism: the sound of wind in the trees

Thousands of fragile tree leaves can be seen silently moving in the gentle breeze, their tubular conducting cells enable each leaf to sway